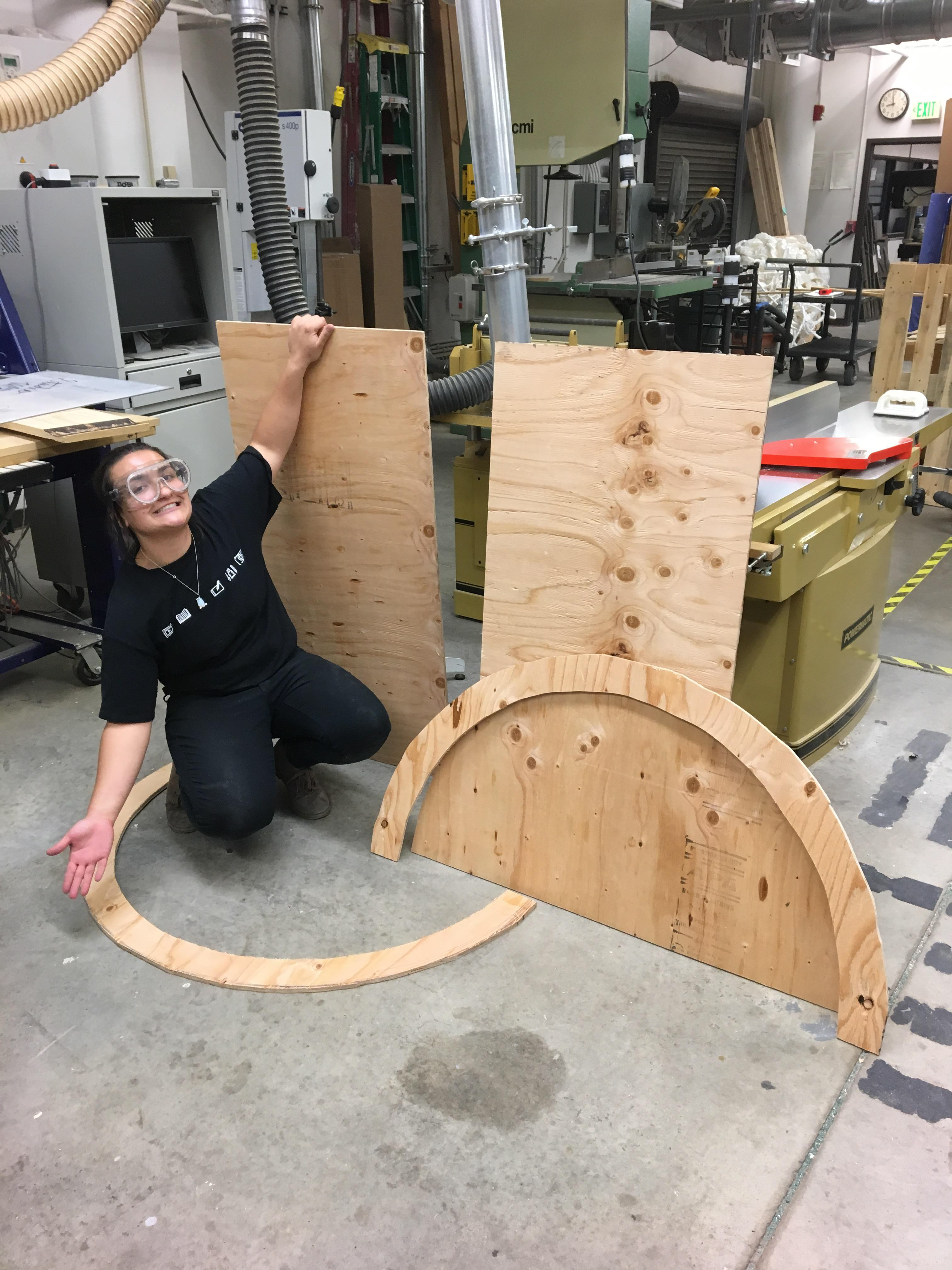 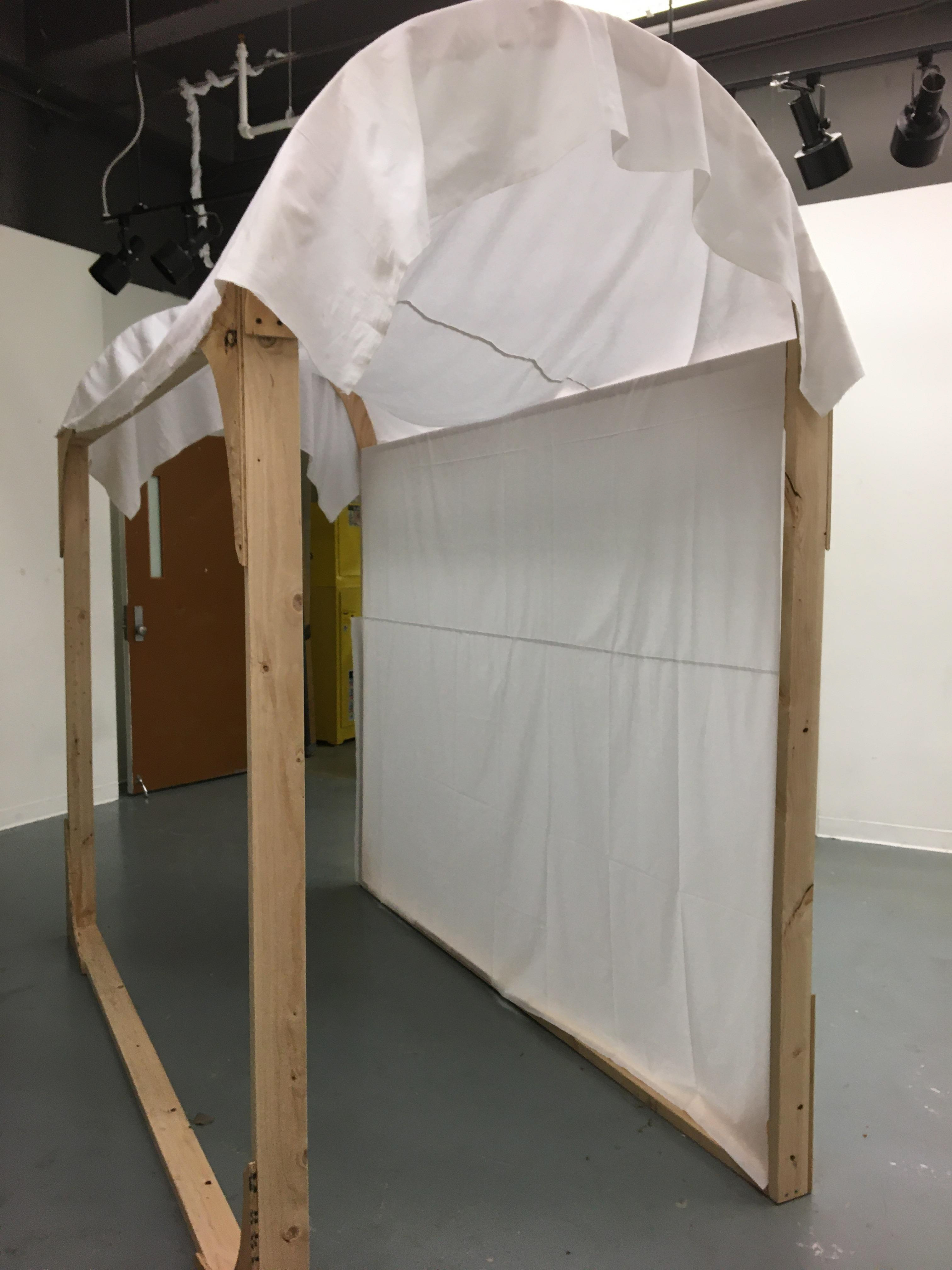 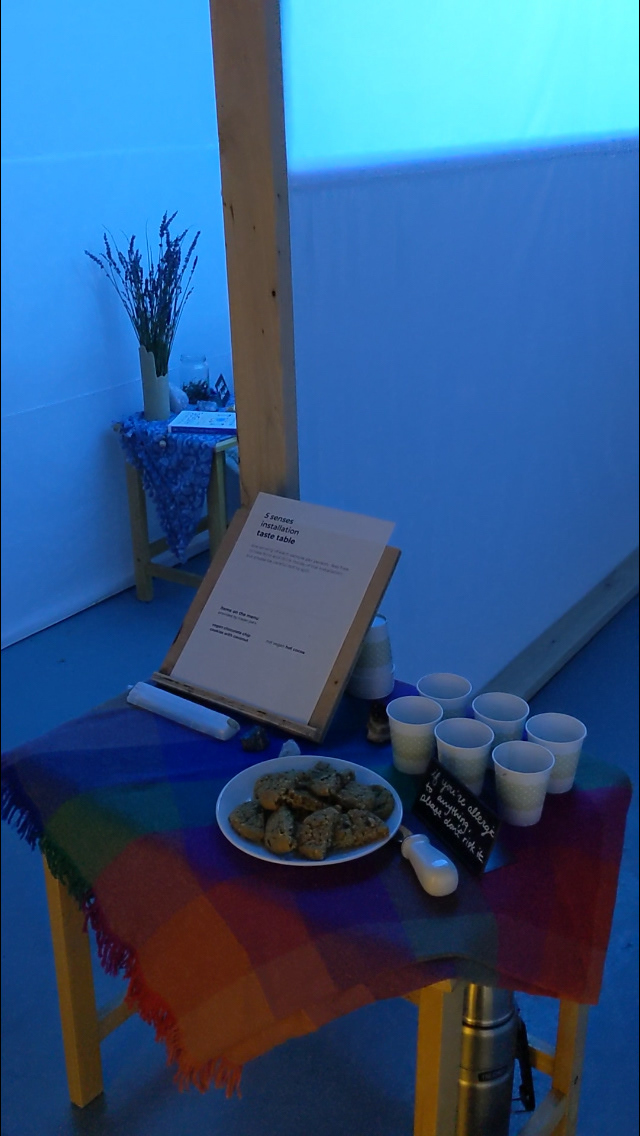 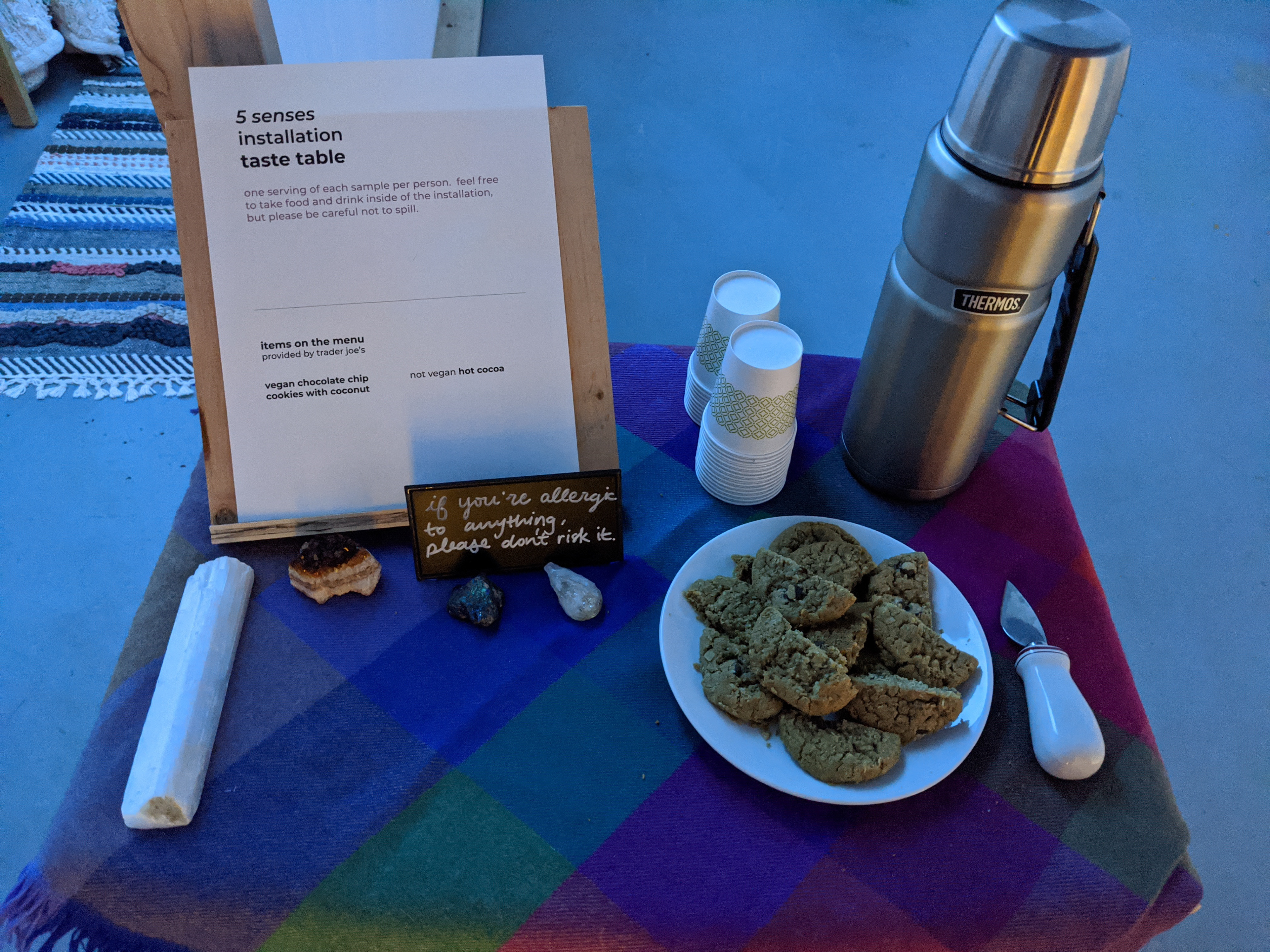 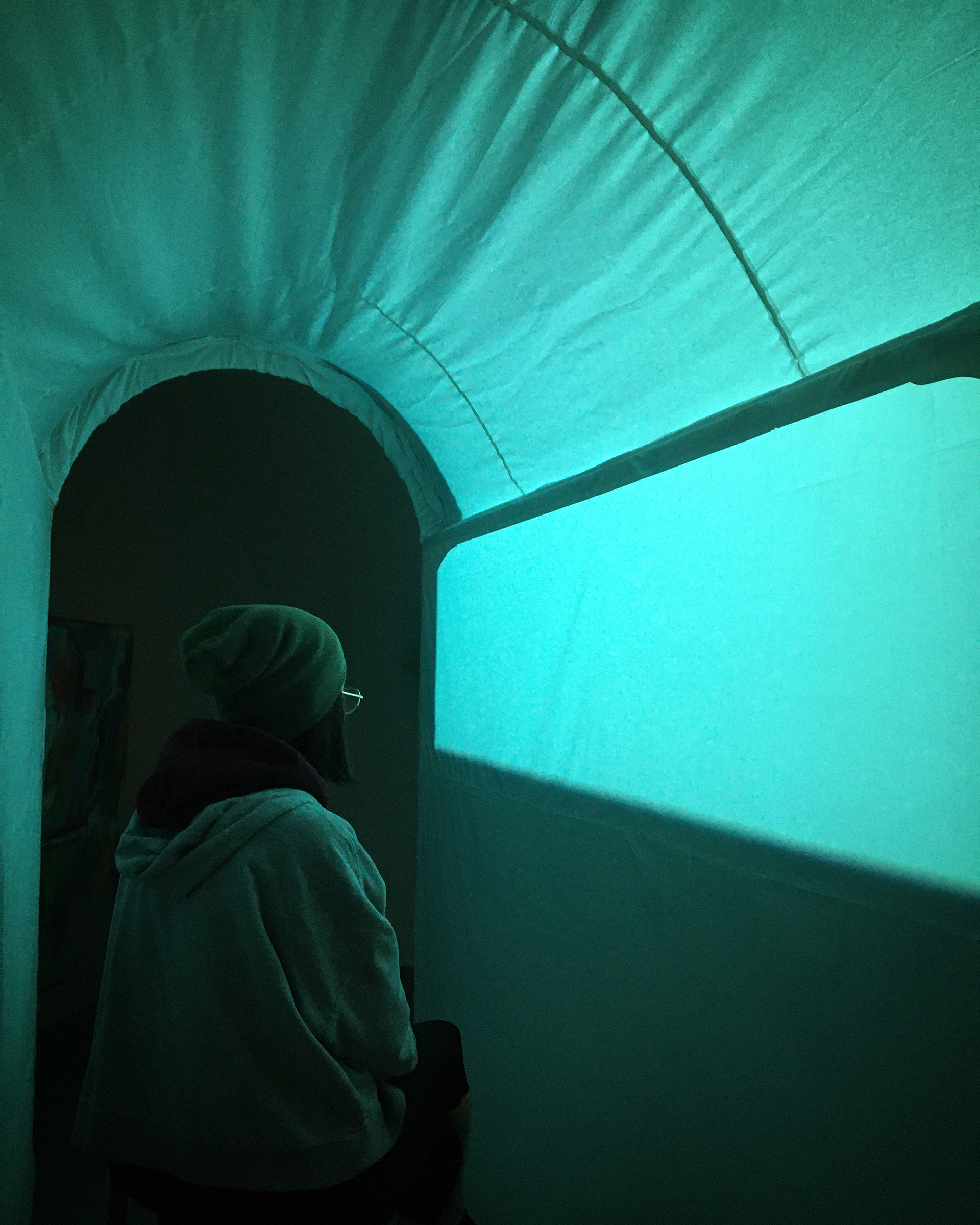 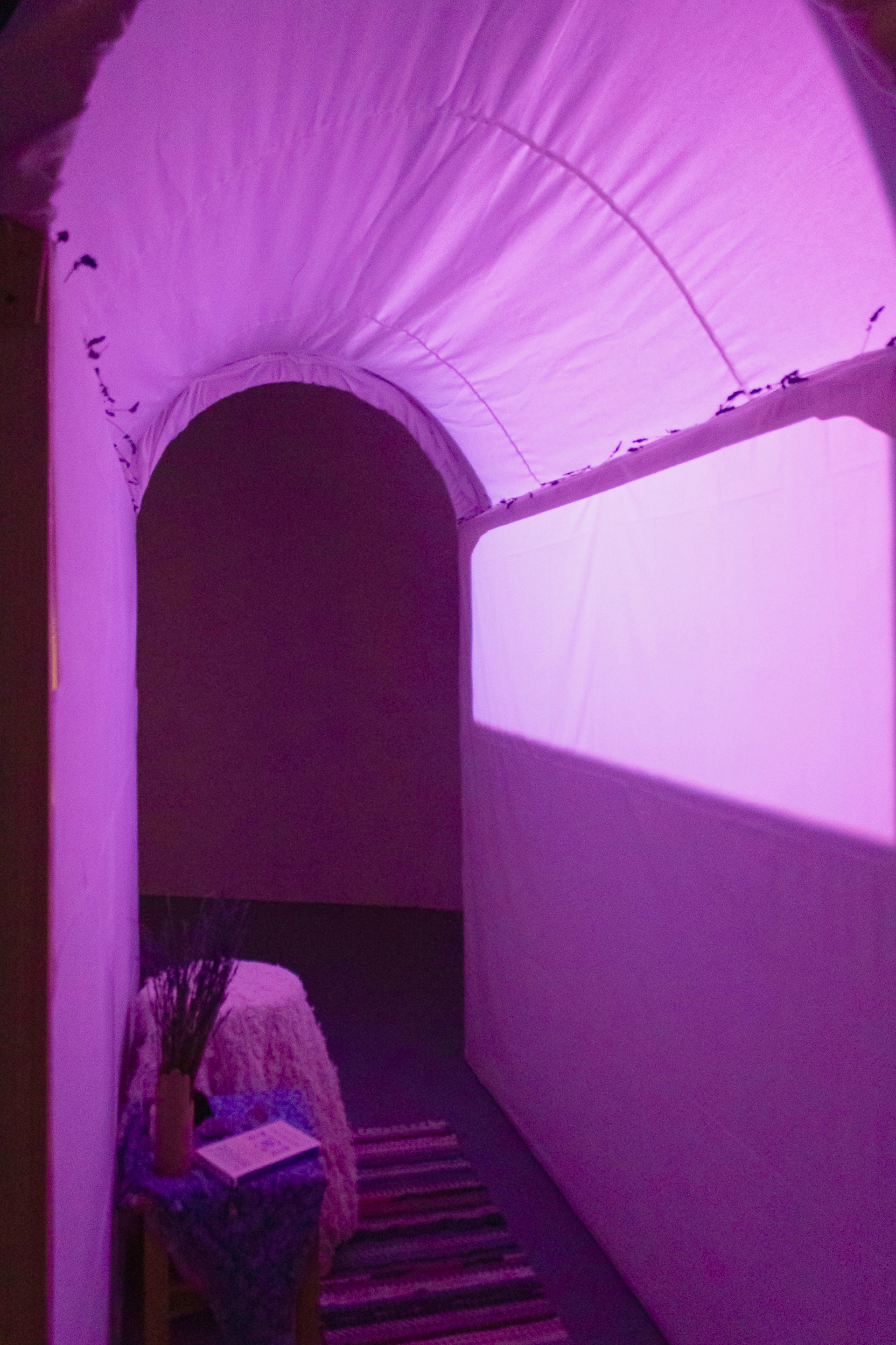 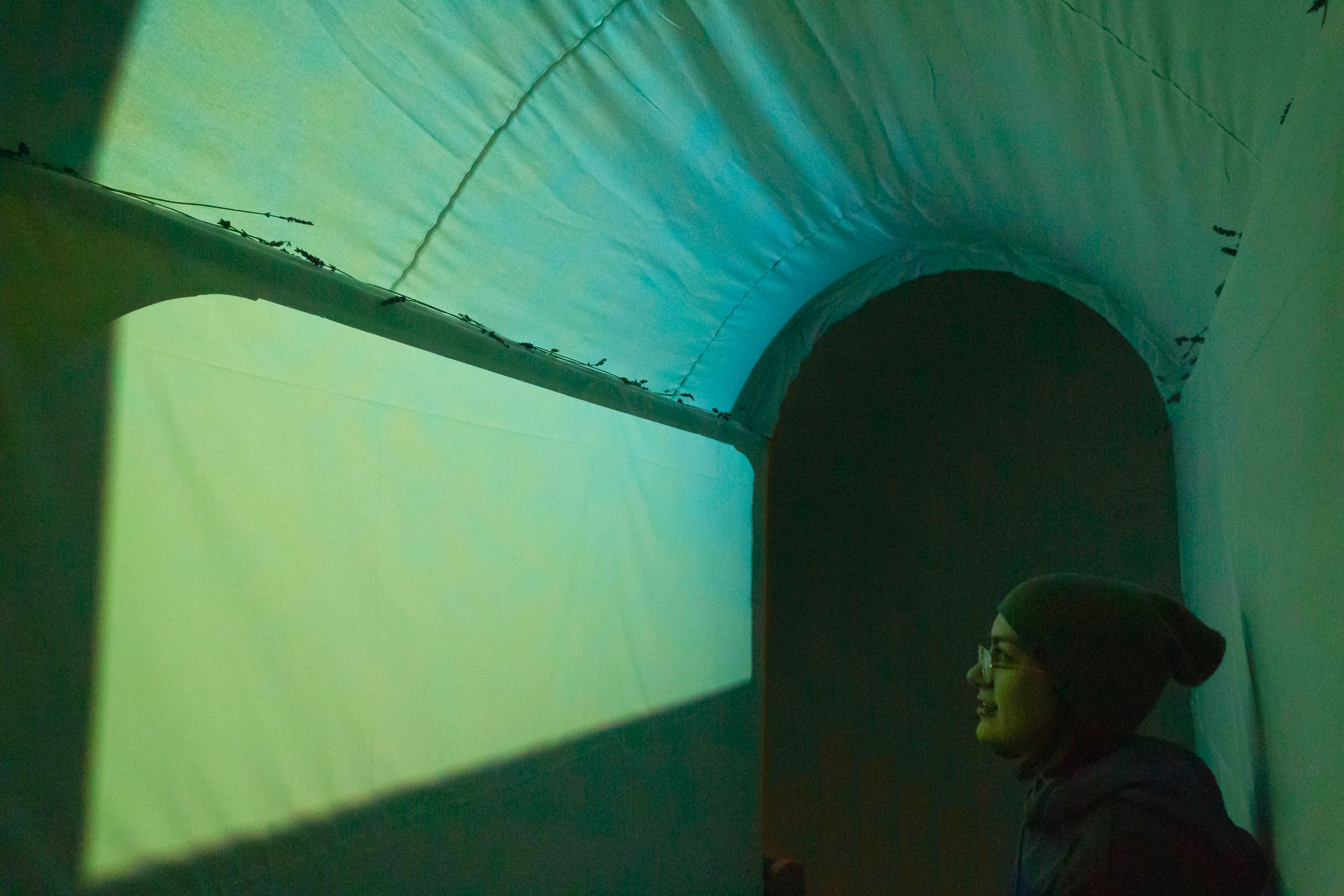 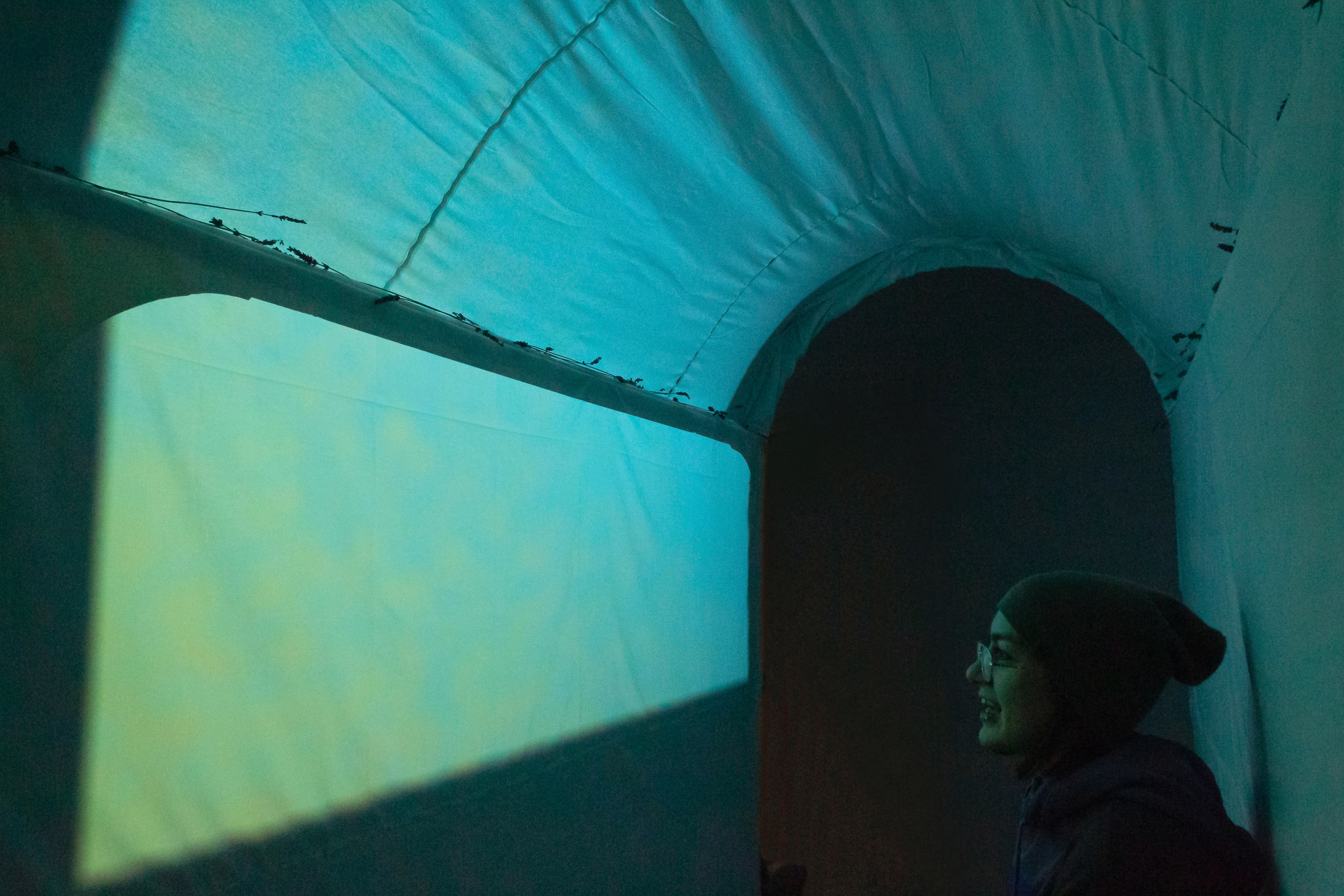 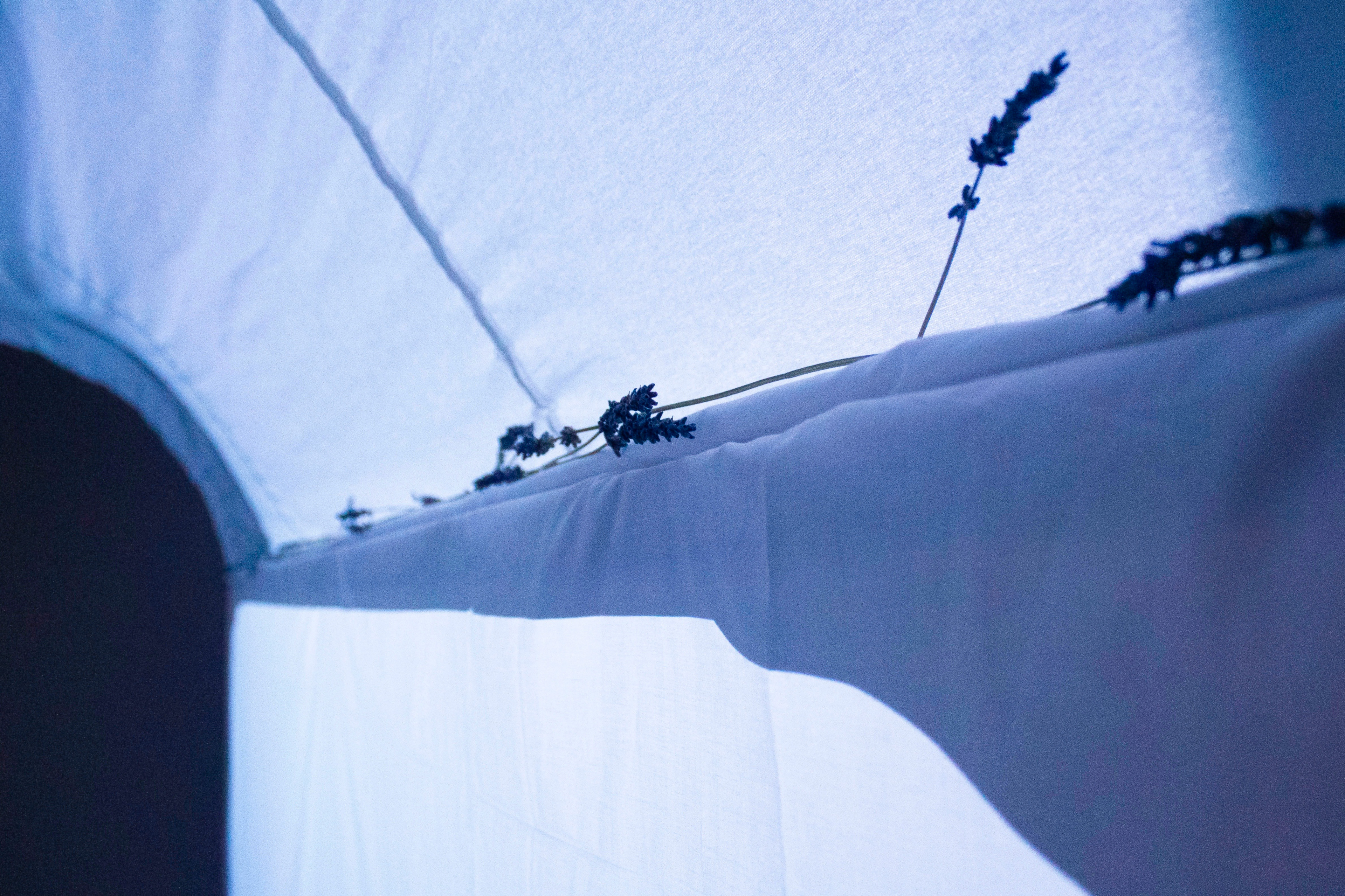 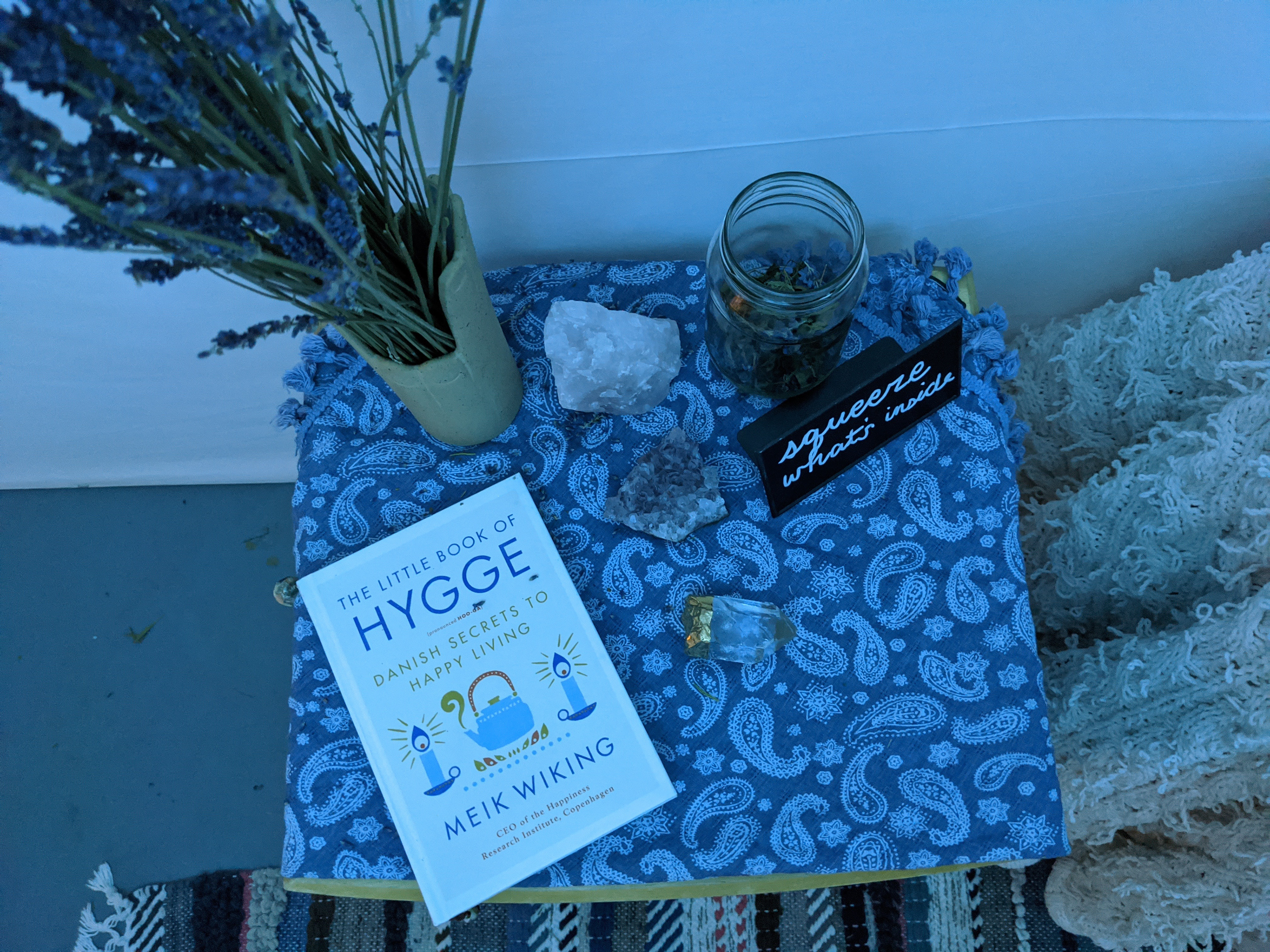 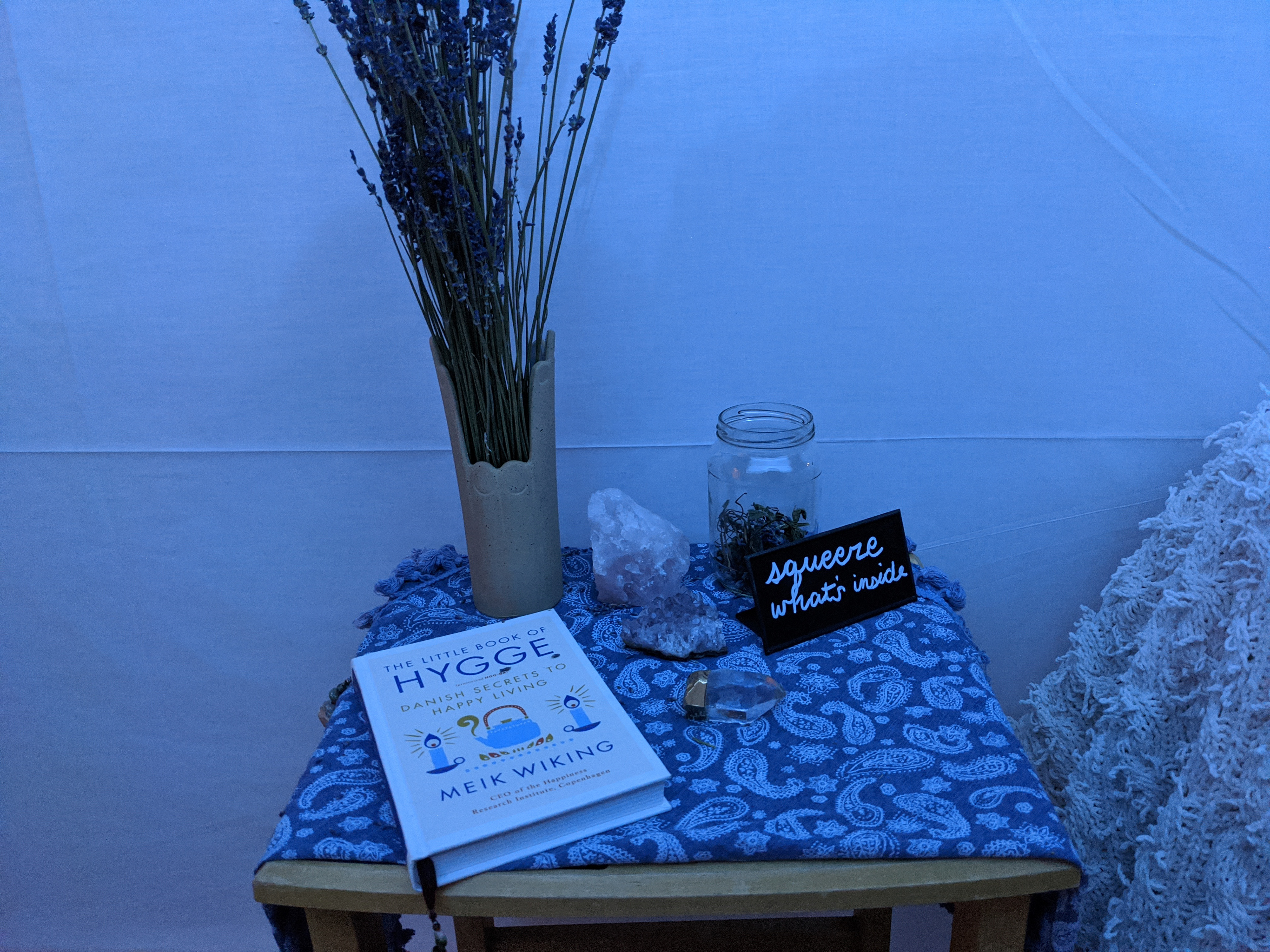 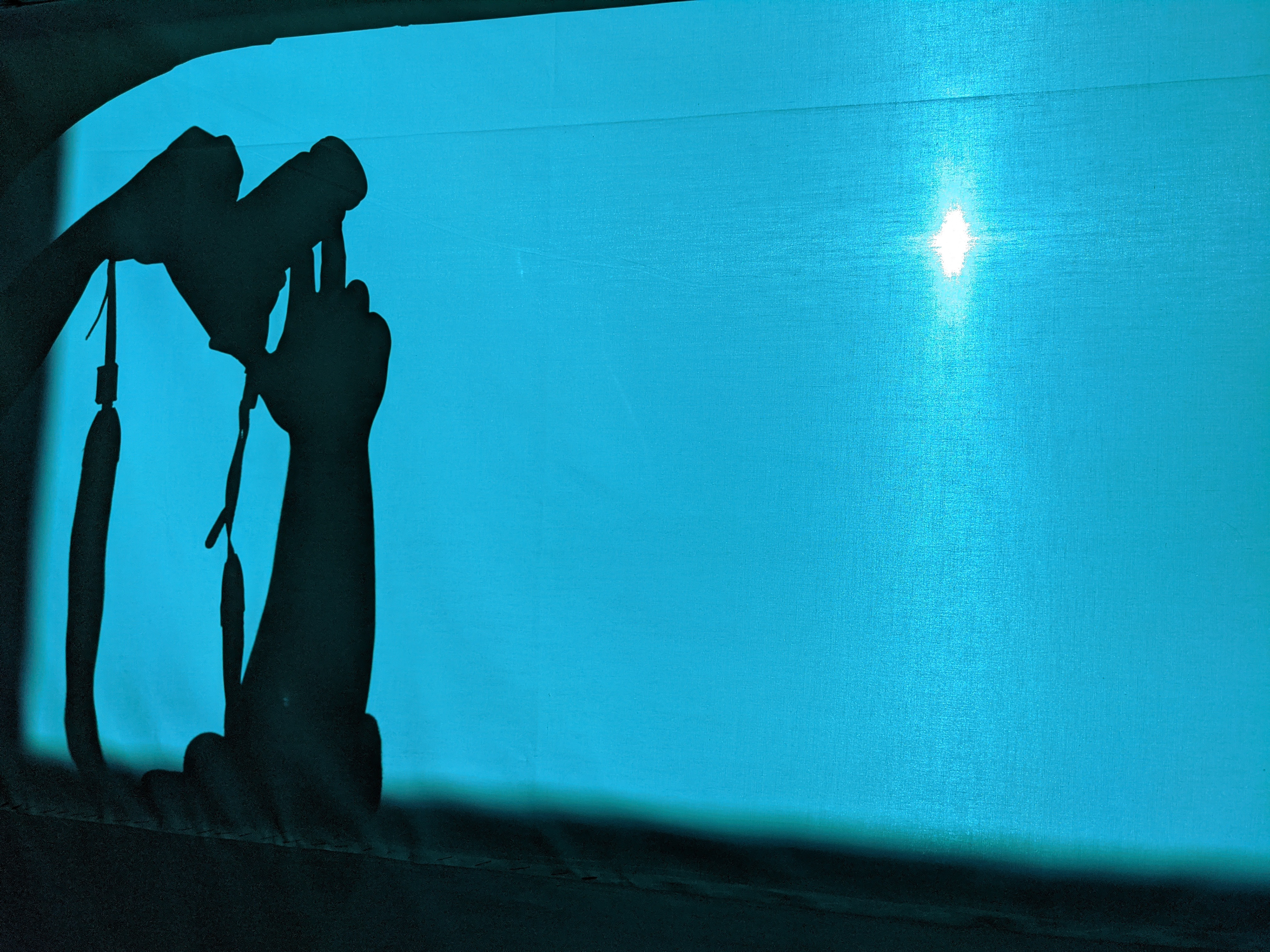 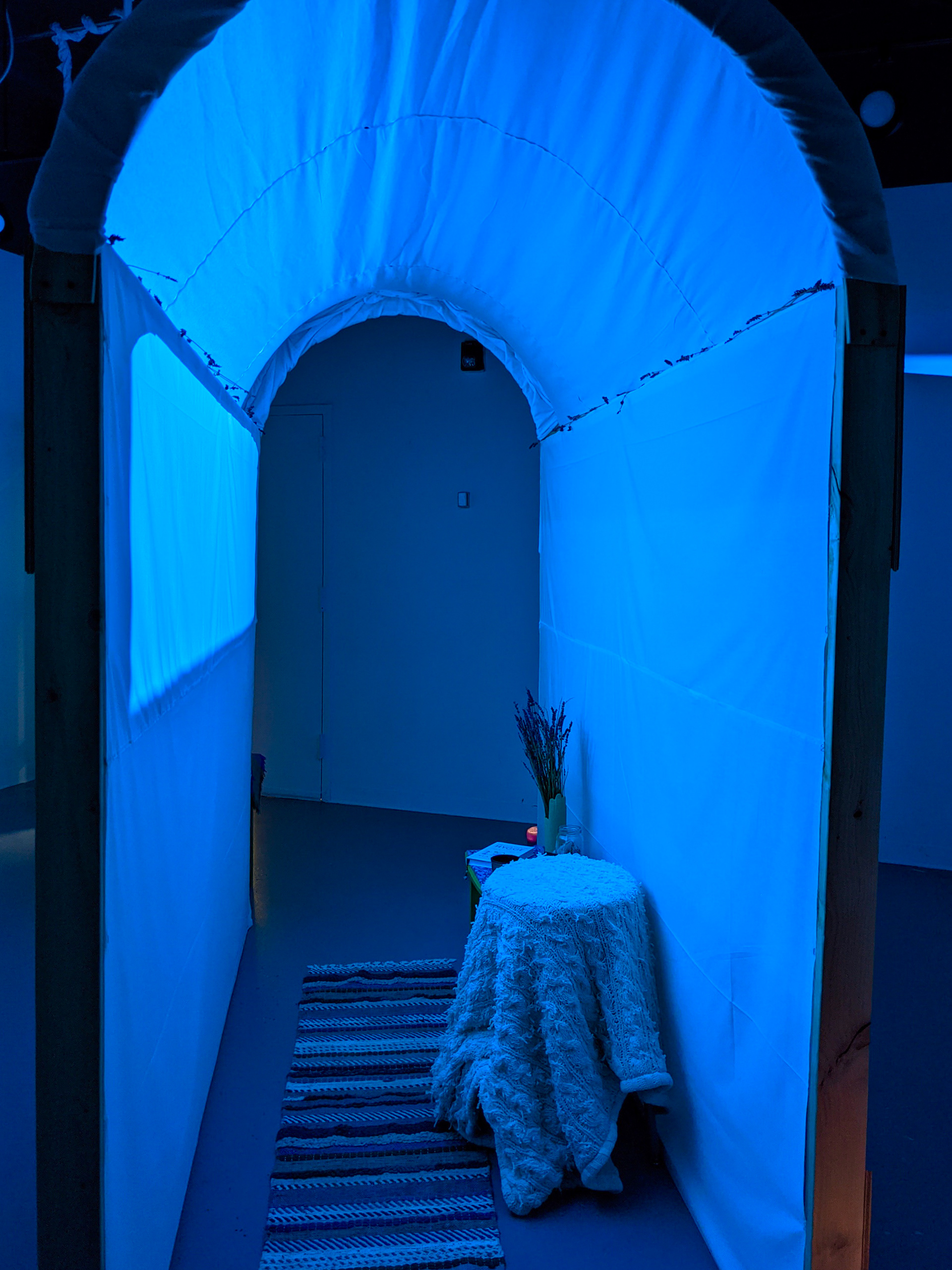 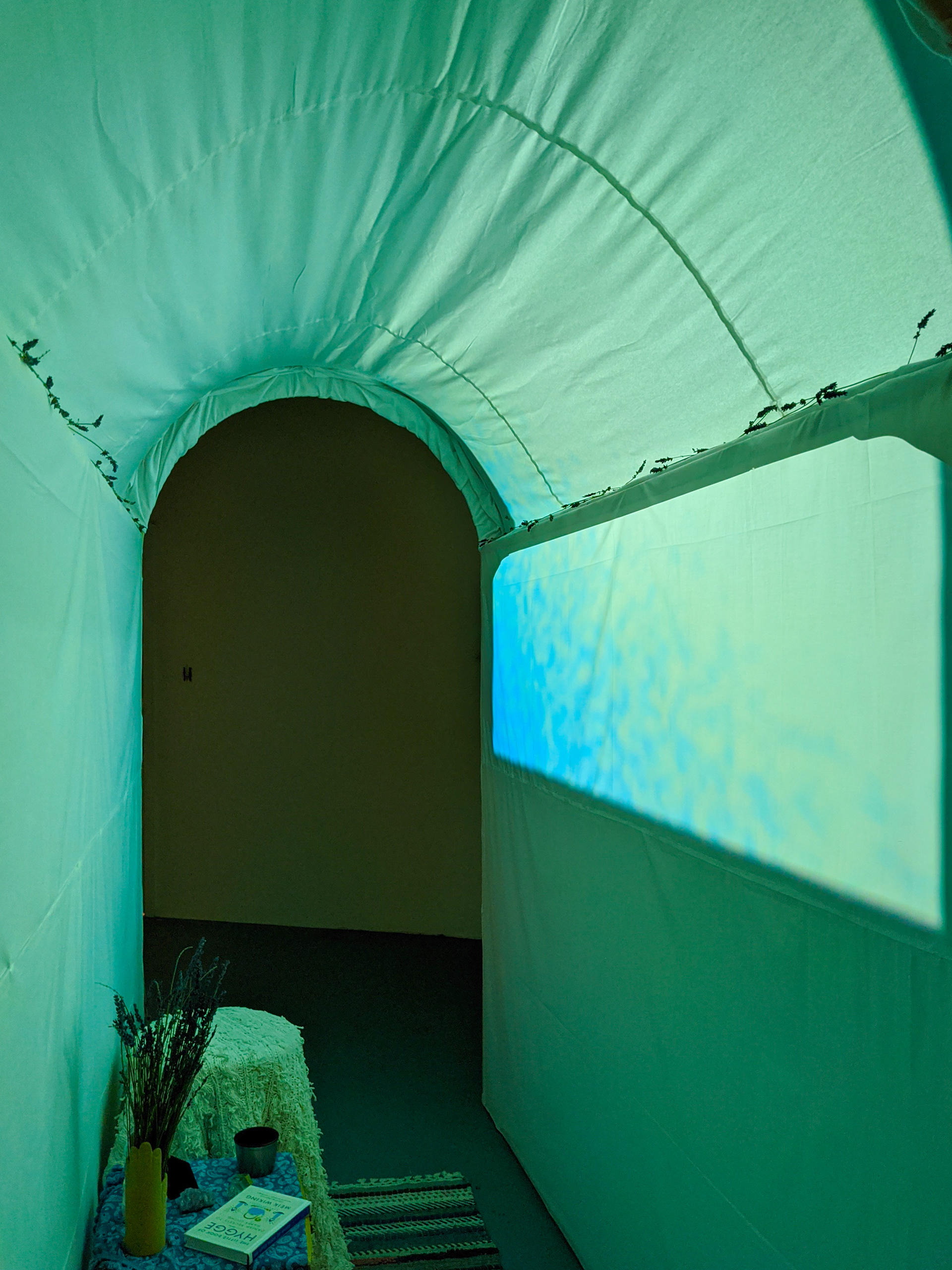 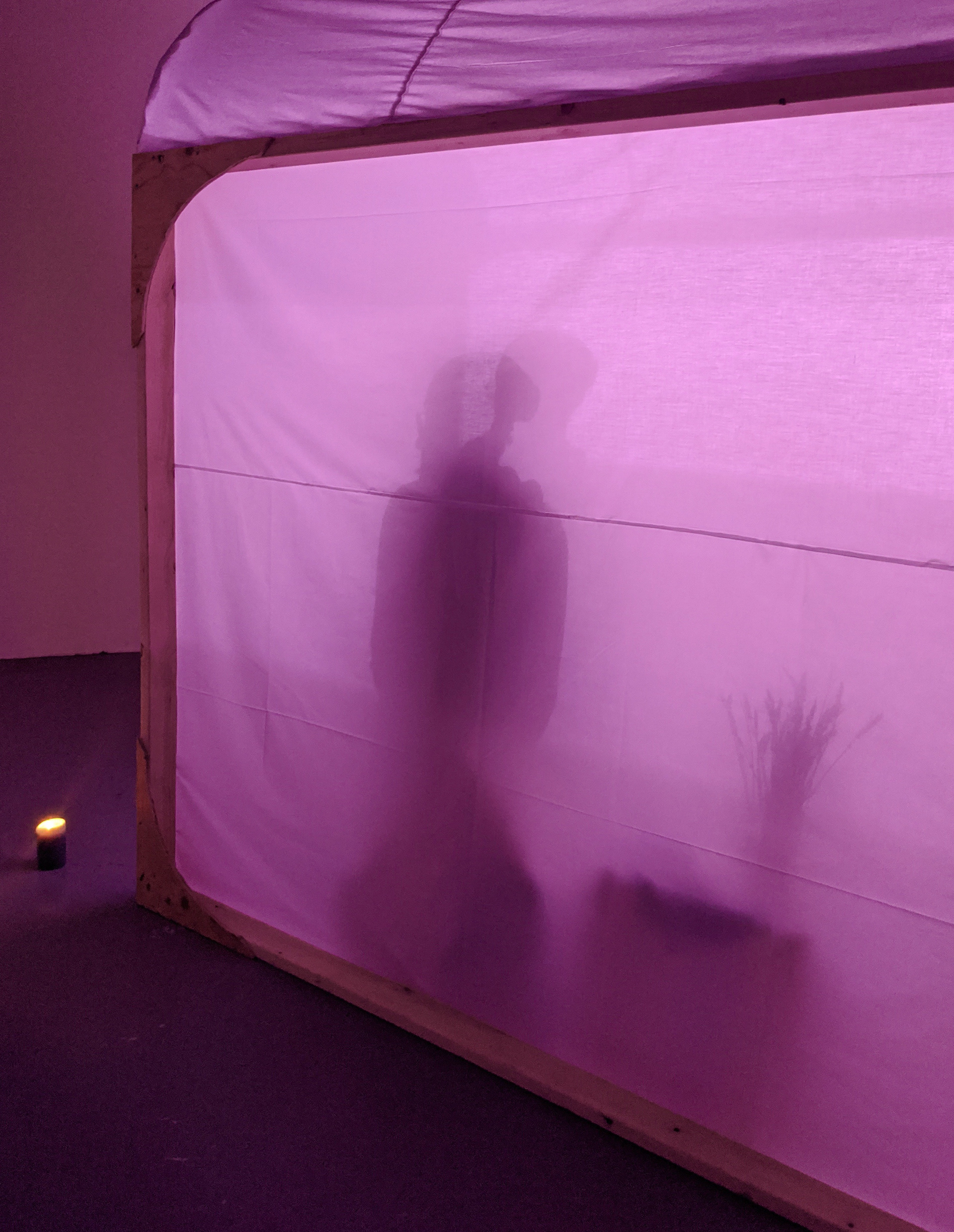 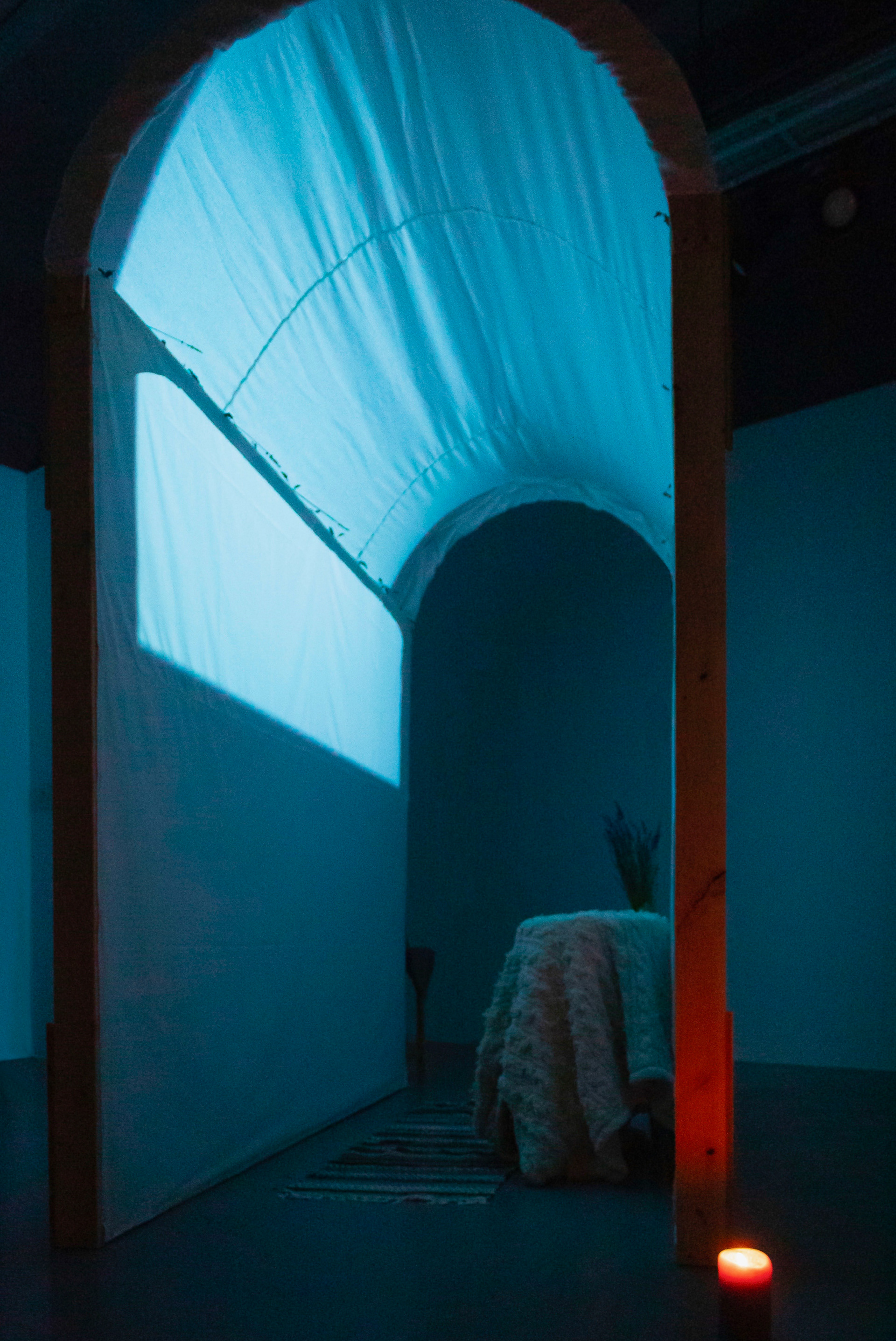 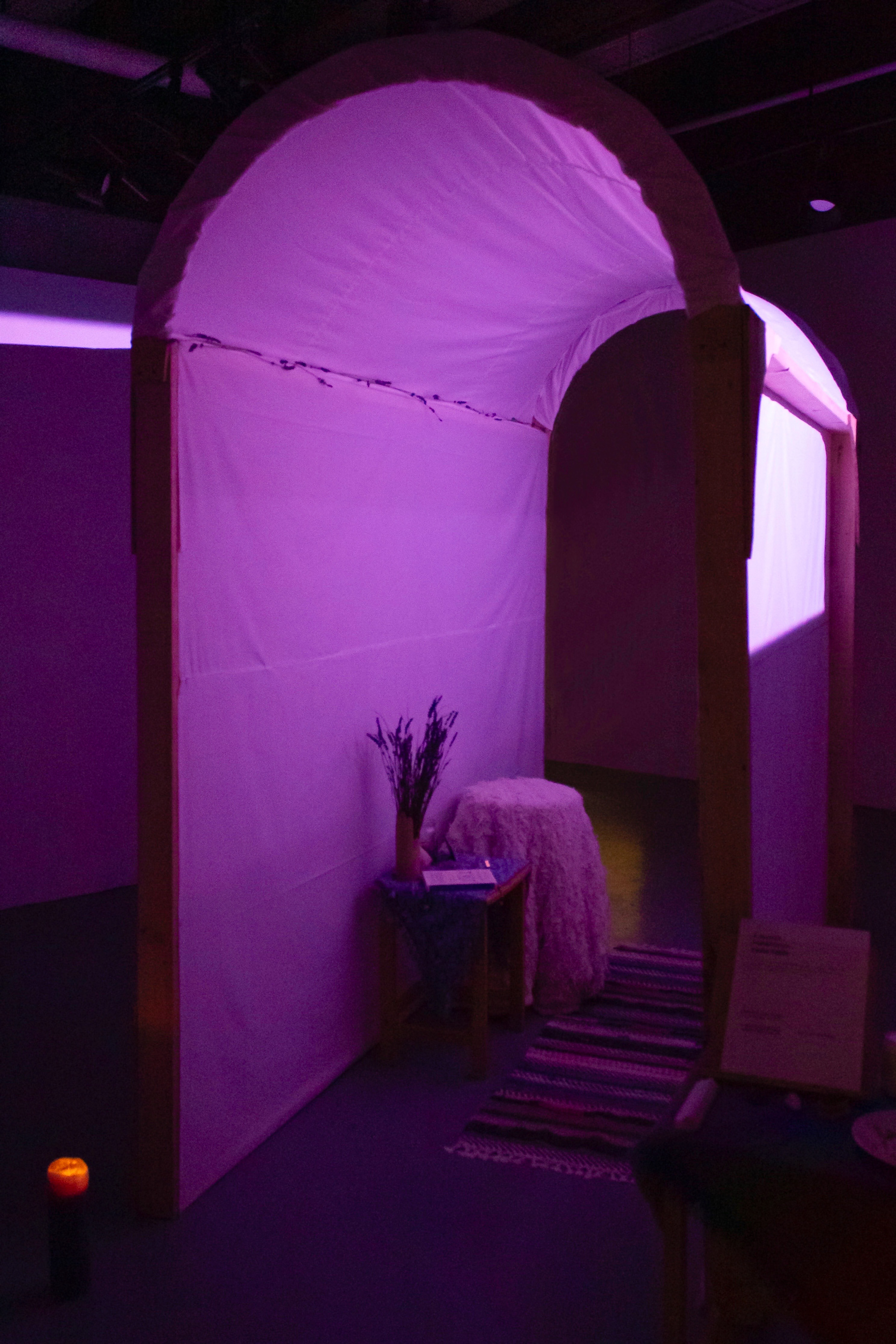 Design Problem //  People do not know, or are not accustomed to slowing down in American culture. How can I construct an environment that promotes relaxation and reflection during CU Denver's midterm week?
This is a test video of the installation + projection in it's environment.  The projection is showing my laptop screensaver playing at the time. This was my first attempt ever at creating an architectural installation, and was made with wood, screws, hand sewn sheets of fabric, found objects from home, and an audiovisual projection using Adobe Premiere Pro.
Artist Statement
Five Senses is a constructed environment with an architectural scope executed through the use of wood studios and digital media. My architectural vision for the space was inspired by grand arched hallways in history like the Hall of Mirrors in the Palace of Versailles. A ten-foot tall hallway made from cotton fabric is stretched across two wooden arcs that support the overall structure. Two-by-fours, plywood, fabric, screws, a digital projector, and a speaker are the only materials used in the construction of the exterior of the hallway. The interior design is meant to provoke relaxation and stimulation inspired by contemporary Scandinavian design. My conceptual vision is centered around Hygge. This concept is interpreted as the art of cozy intimacy. Hygge is practiced throughout Scandinavia and has been credited as the reason why Denmark and other Nordic countries consistently rate among the happiest places in the world. In Mike Weiking’s, Little Book of Hygge, some characteristics of happy people include the ability to balance work and life, taking pleasure in the small things, employing organic elements in their environments, and frequent quality time one-self and their community.
Five Senses is intended to stimulate human sensations with an experimental and accessible space. Before entering, individuals are greeted with signage encouraging them to take a cookie and hot cocoa. They are then drawn into the open hallway with the smell of fresh dried lavender and mint. A single chair facing the transparent fabric wall with a relaxing audiovisual projection playing on a loop awaits you in the middle of the hallway. Even more signage is placed next to the chair indicating that The Little Book of Hygge, crystals, and dried mint can be interacted with. There is just enough sensory stimulation that the combination of sight, sound, smell, touch, and taste does not overwhelm the visitor.
Inspired by Yayoi Kusama’s installation, Gleaming Lights of the Souls, one person at a time is meant to experience the hallway. Each person will have one minute, but there will no timer. Instead of a noisy disruption that might break any sense of Zen or bliss, I ask you to consciously keep track of the time. After everyone has had a chance to be alone with their senses, a conversation may begin around the subject matter and individual perceptions. I urge you not to rush through 5 senses, but instead to slow down, take a deep breath, and really pay attention to what you are feeling.
↑Back to Top